Also known as the Irish Literary Renaissance (nicknamed the “Celtic Twilight), this movement marked a flowering of Irish literary talent. The movement is associated with a simultaneous revival of interest in the country’s Gaelic heritage and growth of Irish nationalism in the middle of the 19th century. Early influences include James Clarence Mangan, a poet, and Samuel Ferguson, another poet, and Standish James O’Grady, a journalist and historian. The early literary revival had two geographic centers: Dublin and London. 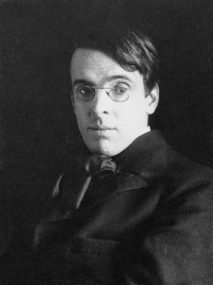 William Butler Yeats, an esteemed poet and playwright, is credited with developing the movement into a vigorous literary force. Travelling between Dublin and London, he edited and published Fairy and Folk Tales of the Irish Peasantry, a collection of short pieces by several 18th and 19th century Irish authors. He founded the National Literary Society; nearly simultaneously, Arthur Griffith and William Rooney, both writers, founded the Irish Fireside Club and Leinster Literary Society. In 1893, Yeats published The Celtic Twilight, another collection of lore and reminiscences of Ireland. In the same year, the Gaelic League was founded to preserve Irish culture, its music, dances, and language.

The Irish Literary Revival spawned countless leagues, organizations, and publications, many of which have lived into the 21st century. It is this movement that encouraged the development of a unified Irish literary voice and fostered the development of prolific minds and writers. Without the Irish Literary Revival, we may not have the Irish masterpieces included in our 18th, 19th, and 20th century readers.